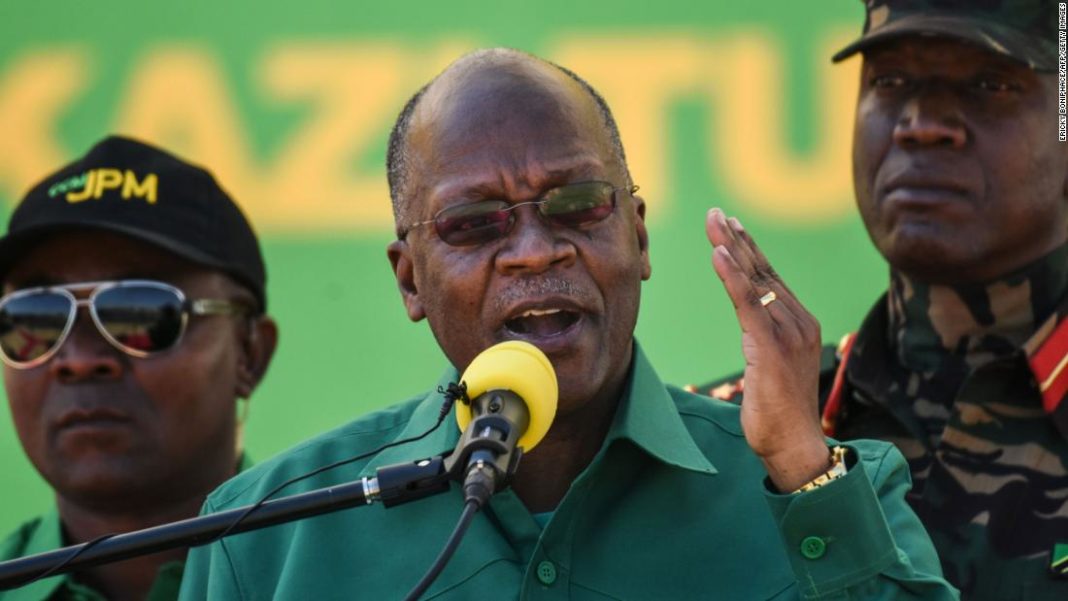 The whereabouts of President John Magufuli have been cluttered with rumor after the Tanzanian leader was last seen 17 days ago.

In power since 2015 and nicknamed â€œThe Bulldozerâ€, Magufuli was last seen on February 27 looking his normal robust self during a ceremony at State House in Dar-es-Salaam.

Unconfirmed sources have since speculated that Magafuli is currently in India receiving medical treatment for COVID-19 and is in a serious condition.

Kenyaâ€™s Daily Nation newspaper cited unidentified political and diplomatic sources on Wednesday saying that an African leader, which it did not name, was being treated for COVID-19 on a ventilator at a Nairobi hospital.

Magufuli has played down the threat from COVID-19, saying God and remedies such as steam inhalation would protect Tanzanians. He has mocked coronavirus tests, denounced vaccines as part of a Western conspiracy to take Africaâ€™s wealth, and opposed mask-wearing and social distancing.

â€œHis COVID denialism in tatters, his prayer-over-science folly has turned into a deadly boomerang,â€ Lissu tweeted in the early hours of Thursday.

According to Tanzaniaâ€™s constitution, Vice President Samia Suluhu Hassan would take over for the rest of the five-year term if the president is unable to discharge duties.

World Health Organizationâ€™s Africa director, Matshidiso Moeti, told a news conference on Thursday that she had no direct information on Magufuliâ€™s health and it would be unwise to speculate. She noted that Tanzania now recognised the danger of COVID-19 following two senior officialsâ€™ death and said more data would be welcome.

More as this story develops.