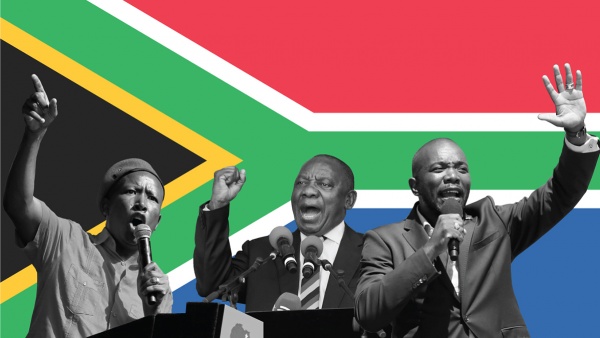 South Africans went to the polls on Wednesday May 8th with 48 parties fielding candidates for the country’s 26.7 million eligible voters.

Provisional polling numbers will arrive by Thursday afternoon local time, according to Independent Electoral Commission (IEC) officials, with final results due to be announced on Saturday; South Africa’s new president will be inaugurated on May 25.

Here are some key takeaways to get you up to speed about these elections:

The ANC (African National Congress) has been in power for 25yrs, since 1994 and currently holds the majority. Its leader and current president, Cyril Ramaphosa took office in 2018 when Jacob Zuma resigned.

Top of the list of issues for these current elections is South Africa’s income equality. With half the adult population living under the poverty line, many South Africans still lack the basics such as electricity, clean water and sanitation. Unemployment is extremely high and key institutions were plagued by corruption during Zuma’s 9yr rule.

Current President, Cyril Ramaphosa has been cleaning house by firing minsters who were once close to Zuma and have been linked to corruption. Ramaphosa has promised South African a new dawn and much of his focus has been on possible redistribution of farmland – largely owned by white people back to the people.

This is the most hotly contested elections in South African history with 48 parties, 19 more than last time.

Pre-vote polls predicted that the ANC will win between 55 and 62 percent of the vote, while the centrist Democratic Alliance (DA) was predicted to get approximately 20 percent and the far-left Economic Freedom Fighters (EFF) between 10 and 14 percent.