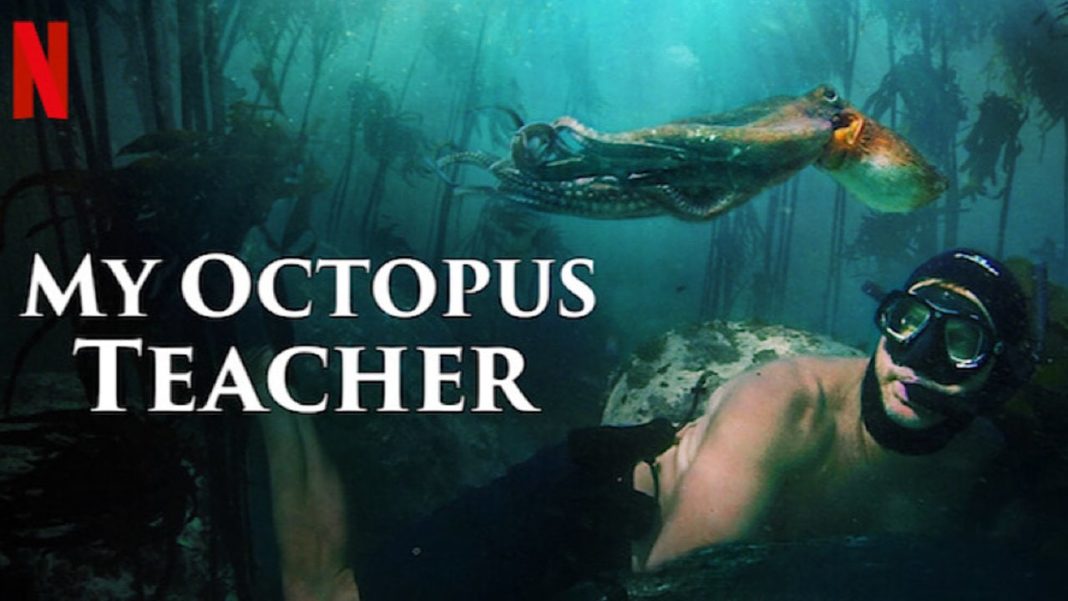 The production showcases the relationship that develops between a diver and an octopus for about a year, as the diver, Craig Foster, tracks the Octopusâ€™ life at a den near the coast of Cape Town.

His interaction with the sea-creature is driven by Craigâ€™s desire to reinvent himself, after losing his sense of purpose.

The film was directed by Pippa Ehrlich, who was more than elated over the feat.

â€œThis is way beyond our biggest dreams,â€ she said during a follow-up interview after the win in the Feature Documentary category.

James Reed co-directed the production, which is available on Netflix.

Describing the challenges faced during filming, Pippa recounted that the production began with a zero budget, but her team was motivated by the great storyline of the documentary, which led to its success.

My Octopus Teacher is also in the running for an Academy Award.

Coming in second was A Life On Our Planet, The Dissident, and The Social Dilemma, a Collective by David Attenborough.

As has become the norm in award ceremonies during the coronavirus pandemic, the BAFTAs were held virtually and broadcast from London this year.

Winners in other categories included: Nomadland as the the Best Film, Promising Young Woman as the Outstanding British Film, and Soul as the Best Animated Film.