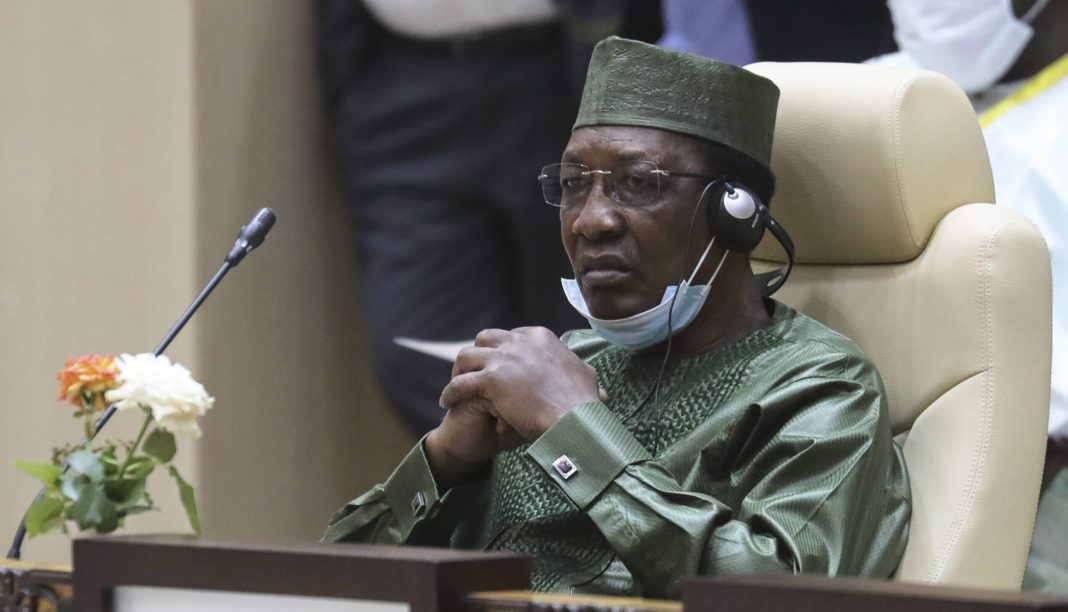 Chadâ€™s long serving president, Idriss Deby has died at the age of 68.

The Central African Head of State succumbed to injuries that he sustained while leading the countryâ€™s army into war.

The nation has been battling rebels in the north of the country, with the insurgents threatening to advance into the capital, Nâ€™Djamena.

His passing came just hours after he clinched victory in the countryâ€™s election, adding a sixth term to his 31-year reign.

The sad information was revealed by Army spokesman Azem Bermendao Agouna in a radio and TV press conference.

Army sources said that the deceased had visited the North to assist his soldiers fight off Front pour lâ€™Alternance et la Concorde au Tchad (FACT) militants who had entered Chad territory from Libya.

The battle went on for two days, and it is reported that Deby was wounded on Sunday, before being airlifted to the capital where he died.

On their end, the FACT rebels admitted to having suffered casualties during the battle, With the army putting the number at over 300.

Idriss was used to being in the battlefront against militants, and had successfully led the army against jihadists in the West late last year.

Following his demise, the government and National Assembly have been dissolved, ahead of installation of a new president.

“The National Council of Transition reassures the Chadian people that all measures have been taken to guarantee peace, security and the republican order,â€ Bermendao announced.

A curfew running from 6PM to 5AM has also been declared.