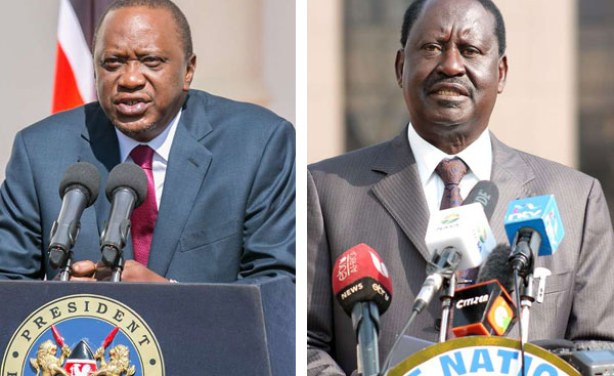 Kenya just took a historic step and ruled the election results from the 8th of August 2017 as invalid. Chief Justice David Maraga and three of his colleagues deemed the election results ‘Null and Void’ Kenya is now going back to the polls in 60 days. They nullified the results of the election citing irregularities, and their full report will be published in 25days.

This is unprecedented, it’s the first time a decision like this has ever been made by an African court, the Kenyan Supreme court ruling, where the judges voted 4 to 2, was in response to a petition filed by Raila Odinga, the opposition leader, earlier this month where he alleged that this election was marred with irregularities.

After the ruling, a jubilant Raila addressed the thronging crowds outside the court.

“This is indeed a very historic day for the people of Kenya and by extension to the people of the continent of Africa,” he said outside the courthouse. “For the first time in the history of African democratization, a ruling has been made by a court nullifying irregular election of a president.”

The president, Uhuru Kenyatta also responded to this by saying that although he respected the court’s decision, he disagreed with the ruling. His speech after the ruling has raised some concerns about the true safety of the country in the next few months leading up to the second election.

Uhuru Kenyatta comes from a family of leaders and right before he won the presidency in 2013, was facing charges at the ICC for crimes against humanity, he was charged with inciting violence. These charges were later dropped but there is still a feeling of tension as Kenyans go back to the ballot, primarily because of the wave of violence that swept the country after Raila Odinga lost in 2007, where post-election violence claimed the lives of 1400 people.

Uhuru later kicked off campaigns, where his comments were seen by many to be aimed at inciting violence.

The Kenyan stock exchange also took a hit, and trading was halted right after the Supreme court ruling but it quickly resumed thereafter.

International monitors from the EU, the African union and the US had previously declared the election “free and fair” and urged Raila Odinga to accede, however considering these new developments Marietje Schaake, the head of the EU Observer Mission, said the Supreme Court ruling represented “a historic day for Kenya and we have always said that people who feel aggrieved should seek the path of the courts”.

This is truly a dramatic step for Kenya, where the government hasn’t tried to interfere with this court ruling, it’s also the first time in Africa that a court has nullified election results, its historic and monuments and will set an example for other African countries and the world.