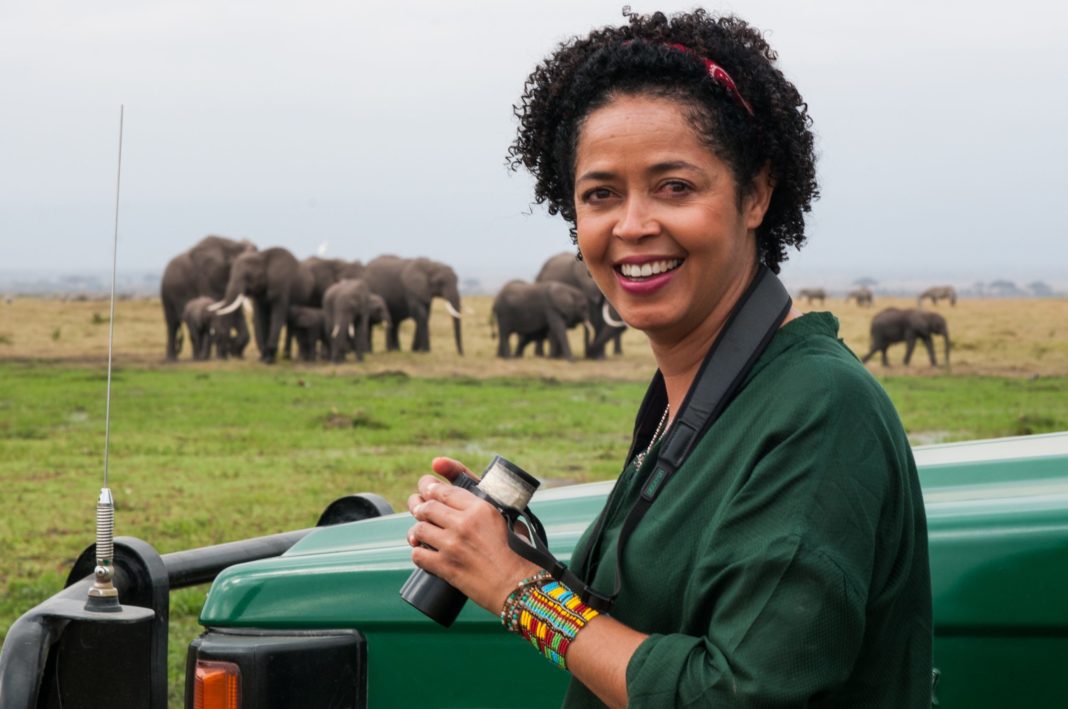 Dr. Kahumbu, who is the WildlifeDirect CEO and host of â€œWildlife Warriorsâ€ that airs locally, bagged the award which comes with Â£100,000 in project funding and will be used to establish an environmental justice desk to address conservation matters. Â

In a statement, she celebrated the fete saying she now plans to focus on saving elephants in the Amboseli. She also wants to see more Africans telling their story about wildlife conservation.

“We are currently campaigning to save the Amboseli wildlife dispersal area and migratory corridor which is becoming congested with developments such as mining and farming. Keeping the land open is essential for the survival of elephants and other wildlife that migrate between Amboseli and Tsavo West National Parks,” she said.

â€œI want to see a global shift in the narrative where Africans are the storytellers about African wildlife and assume the lead in efforts to protect it.”

The Whitley Gold Award is the top prize awarded to a Whitley Award Alumni who have gone on to make an outstanding contribution to conservation.

Dr. Kahumbu won the Whitely Award in 2014 and 2016 and has been under the Whitely Fund for Nature since 1999 when she started construction of bridges for monkeys in Diani at the Colobus Conservation Trust.

British High Commissioner Jane Marriott celebrated her at Whitley Award dinner saying she’s happy she won the award because she tirelessly fights for wildlife in the continent.

“Delighted that the winner of this yearâ€™s Whitley Gold Award is Kenyaâ€™s Dr Paula Kahumbu, for her tireless work to protect and conserve Kenyaâ€™s biodiversity. The will and determination of people like Paula will drive Kenyaâ€™s conservation efforts for a brighter greener future for all of us,â€ Marriott said.

â€œCongratulations to Paula for winning the prestigious Whitley Gold Award. We are very excited and happy about this achievement as it affirms WildlifeDirect as a strong voice in conservation. As a board, we stand with Paula and the team for their courage and dedication despite the many challenges that they face when addressing pertinent conservation matters,â€ added WildlifeDirect Board Chair Ali Daud Mohamed.

Dr. Kahumbu was on the judging panel this year that selected the winners for the 2021 Whitley Awards. Gold winners also join the Whitley Awards Judging Panel and act as mentors to new winners.