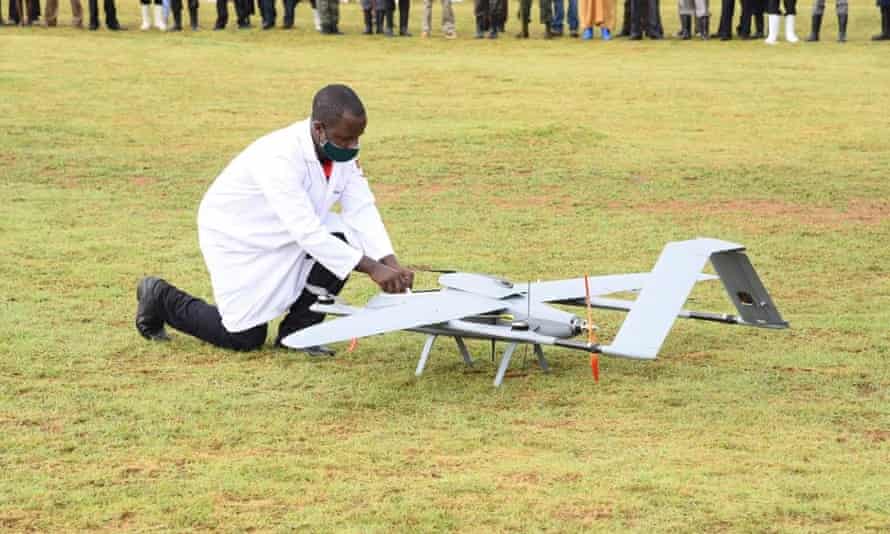 Uganda has rolled out drone services to deliver medicine in remote parts of the country where healthcare has been neglected because of poor transport systems.

Through medical drones, the country has been able to serve over 70 comminutes with antiretroviral (ARV) and other medicinal packages in the Kalangala District which is on the surface of lake Victoria.

Kalangala District, over the past decade, has continued to report high rates of new cases even though Uganda has made huge steps in fighting HIV in the country.

The island geography of the region makes the delivery of healthcare difficult, as travel is possible only by boat and is inefficient, unreliable and potentially dangerous for the healthcare workers who journey from island to island to provide care.

Uganda’s ministry of health, the Academy for Health Innovation and IDI launched the program which sends drones on 200 scheduled flights per month throughout the islands.

â€œUsing medical drones is a huge step for us as a health sector in improving service delivery especially in hard to reach areas,â€ said Henry Mwebesa, Ugandaâ€™s director general of health services who was present during the launch.

â€œItâ€™s very useful. Once itâ€™s successful we can adopt it for other facilities and replicate it in other places.â€

Drone are controlled by local experts who monitored their flight and landing.

â€œThis is exciting. It will ease the transportation of vaccines to our health facilities in those landing sites,â€ said Jude Matovu, in charge of the Bufumira health centre.

â€œSo we expect our outpatient department coverage to increase.â€

Medical Drones are also being used in Ghana and Rwanda to deliver medical supplies. The technology is estimated to be serving more than 22 million people so far.

According to the Academy of Health Innovation director, each drone costs about $5,500.

â€œThanks to the support and coordination of our partners, including Johnson & Johnson, this program will help gather the information and data needed to help make this future a reality, while also helping to deliver lifesaving care to people in need,â€ said Parkes-Ratanshi, director of the project for the Academy.