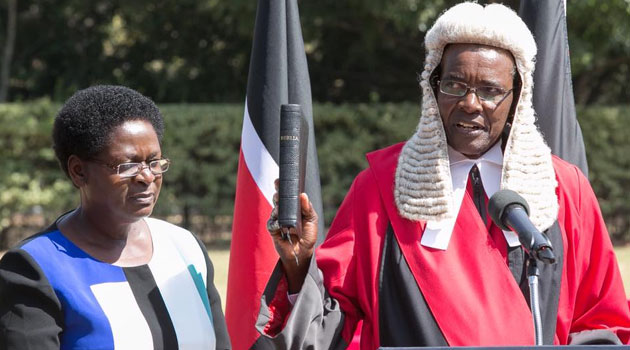 In new developments, the Kenya supreme court failed to get the quorum required to hear a case asking for the elections to be postponed again, therefore the elections will go on as planned on the 26th of October 2017.

The Chief Justice, David Maraga, said not enough of the court’s seven judges were available to hear the case.

The quorum required was five judges out of seven and they were a few short. Mr Maraga said that Deputy Chief Justice Philomena Mwilu “was not in a position to come to court”. Her bodyguard had been attacked earlier this week and is receiving treatment at a Nairobi hospital.

Another judge was unwell while two others were unable to come to court, the last judge had been  unable to get a flight to be at the court hearing.

There have been reports of threats and intimidation from both the opposition and the ruling party, and this is evident in the supreme courts response this morning.

The country seems to be waiting almost with baited breath for the announcement that the opposition leader is meant to make this afternoon. A day before the long awaited election.

The Chief Justice David Maraga certified this case and will hear it on the 25th of Oct 2017 even though it has been declared a public holiday. He has directed that the petitioners file their cases by 6pm today. the respondents – Independent Electoral and Boundaries Commission (IEBC) and presidential candidates –  have been asked to file by 7am tomorrow morning.

The petitioners feel that the IEBC commissioners are divided, and the commission cannot guarantee a fair and credible poll. Their lawyers John Khaminwa and Harun Ndubi will be arguing that the gazette notice announcing the new poll date stands vacated after Mr Odinga withdrew and that the election was cancelled when he withdrew from the race

There have been accusations of threats and intimidation and two top IEBC officials have resigned because of this.

Part of the petitioner’s application reads “That there is evidence that establishes real threat that the scheduled fresh election shall not comply with the order of the Supreme Court,”

The opposition leader Raila Odinga initially pulled out of the presidential race citing irregularities within the IEBC. This caused an uproar with protests breaking out in various cities in the country over the past few weeks.

This is the second time that Kenya has turned to the supreme court, the first was when the country’s opposition leader, Raila Odinga sought to declare the elections done earlier this year as invalid. His petition was heard, and Kenyans were sent back to the polls to vote on the 26th Oct 2017.