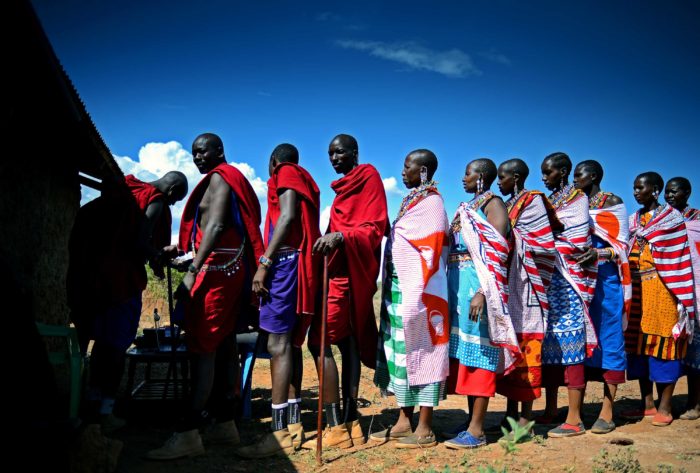 Kenya heads to the polls on August 8 with incumbent President Uhuru Kenyatta battling to secure a second five-year term.

But while many expect Kenyatta to prevail once again, his opponent and longtime rival opposition leader Raila Odinga remains hopeful. Earlier in the campaign, the 55-year-old Kenyatta, who leads the Jubilee Alliance, had been expected to win easily — but that no longer looks certain. Defeat would prove doubly embarrassing for Kenyatta, who would become the first Kenyan President not to have won reelection.
With only a few days to go, all eyes are on the key candidates vying for the presidency — two men whose fathers led Kenya to independence nearly 55 years ago. While there are eight candidates in the election, only Kenyatta and Odinga retain any real hope of winning. There is little love lost between the two men. Five years ago, Kenyatta defeated Odinga by a narrow margin, a result Odinga contested at the Supreme Court after allegations of electoral fraud — without success.
Kenyatta, son of the country’s first president, Jomo Kenyatta, has in turn accused Odinga, son of the Kenya’s first vice president, of attempting to divide the country. To win the election outright, either man must gain 50% of the votes, plus one — as well as at least 25% of the votes in half of Kenya’s 47 counties. If no winner is declared, the election will go to a runoff, which would be a first in Kenya’s history.
The election is largely being fought over the economy and the courting of the youth vote.
Kenyatta is promising to create 1.3 million new jobs, reduce the cost of living and create a more inclusive economy by reducing economic inequalities. Odinga, 72, is promising to fight corruption, create jobs for young people and set up programs to improve food security. Both men will need to do something to address Kenya’s troubling youth unemployment rate, which stands at 22.2%. Approximately 80% of Kenya’s population is younger than 35, according to one report, while up to 51% of its 19.6 million registered voters are aged between 18 and 35.