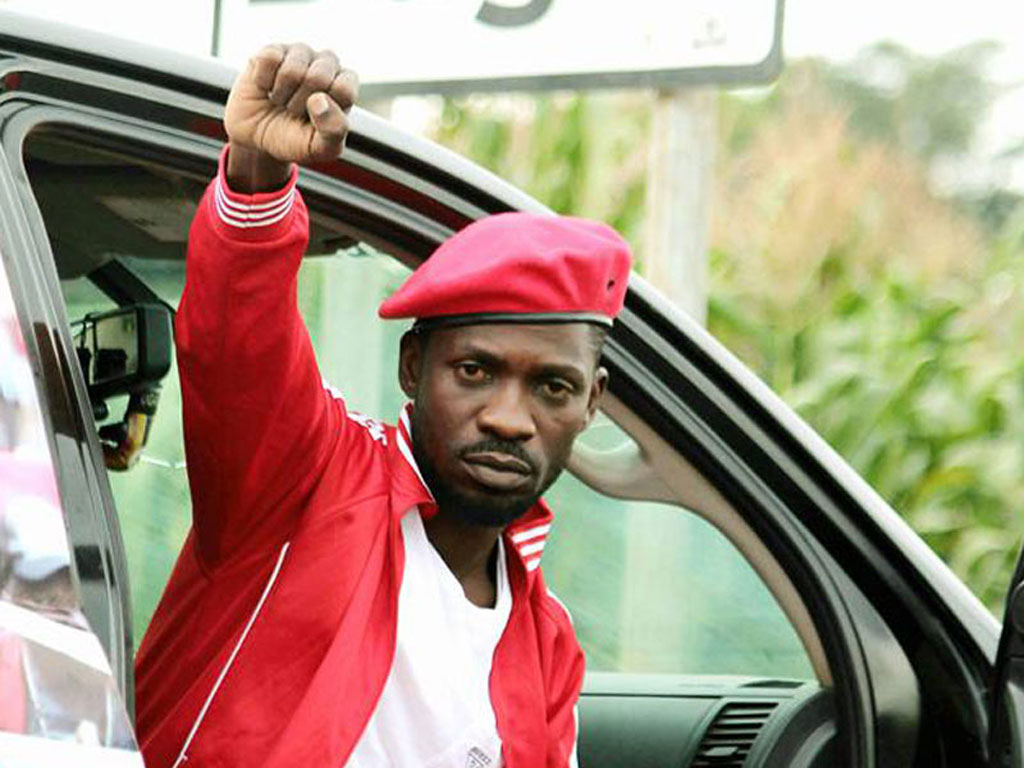 Ugandan Member of Parliament and musician, Bobbi Wine popularly known as the “Ghetto President” was again detained this past Tuesday, after Ugandan police accused him of failing to comply with safety precautions ahead of a concert this past Monday. Police in helmets and armed with riot shields surrounded Wine’s One Love Beach Busaabala venue, and set up roadblocks along the way ahead of the event.

Wine was prevented from performing due to political reasons. Even on his way to the venue, Wine was met with cheering crowds on roadside, until his convoy was stopped by Uganda’s riot police and was bundled into a van along with a colleague and driven back to his home in the back of a police van. Police fired teargas and water canon on his fans, in full view of television news cameras.

Later, in a statement from his home, Wine vowed to peacefully stand up to the government’s repressive tactics. As of Tuesday, police were still parked outside of Wine’s home in Kampala and informed him that he was still under house arrest.

Wine was arrested in August last year and was charged with illegal possession of a firearm and ammunition after his protestors clashed, but was later released after protests from thousands of his fans.