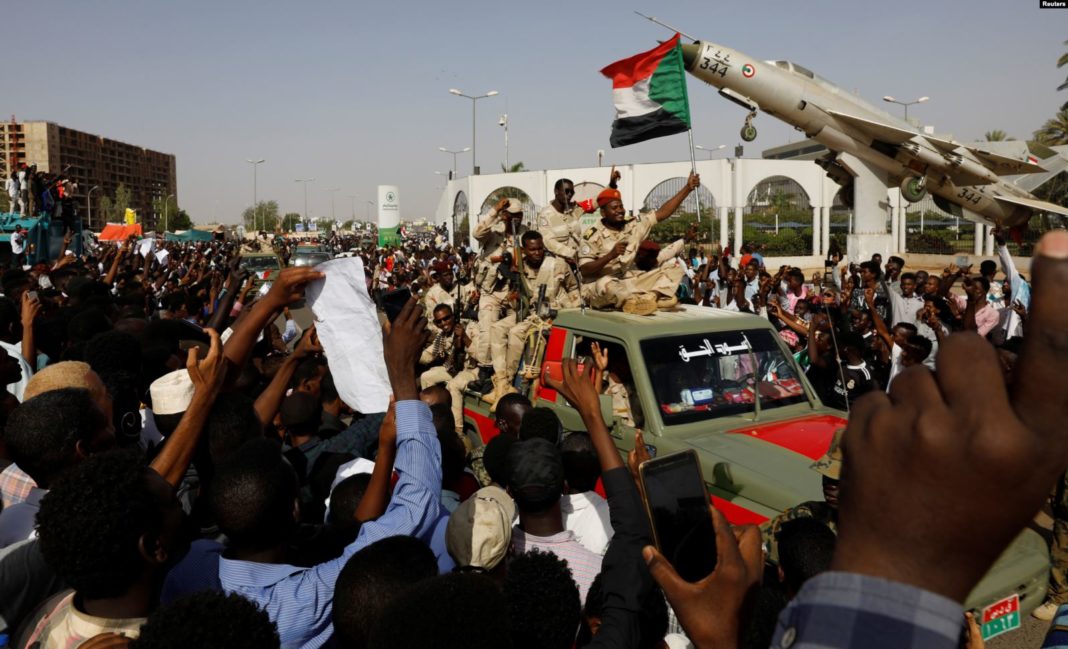 Both sides announced they would set up a joint committee comprised of members of both the military council and the Forces for the Declaration of Freedom and Change, a coalition of opposition groups led by the Sudanese Professionals Association, to tackle political disputes.

Saturday’s meeting came after the protesters agreed Wednesday to resume talks with the military after a temporary break. The military also announced then the resignation of three members of the military council, whom the opposition had accused of being too close to al-Bashir.

But the Sudanese Communist Party, which is part of the protest movement, called late Friday for a fourth member of the council, deputy head Mohamed Hamdan Dagalo — commonly known by his nickname Hemedti — to step down.

Hemedti is commander of the paramilitary Rapid Support Forces, which have been accused of genocide in the Darfur region.

The protesters fear the army, dominated by al-Bashir appointees, will cling to power or select one of its own to succeed him. They also fear Islamists and other factions close to the deposed leader, who is now jailed in the capital, Khartoum, will be granted a role in the transition.

Shams al-Deen al-Kabashi, the spokesman for the military council, said the talks were “transparent” and that both sides agreed on resuming their meeting later Saturday.

“We are very optimistic that we will reach a final conclusion that will be announced to the Sudanese people as soon as possible,” he told a brief press conference.