Home Politics Malawi has a new President after rerun elections 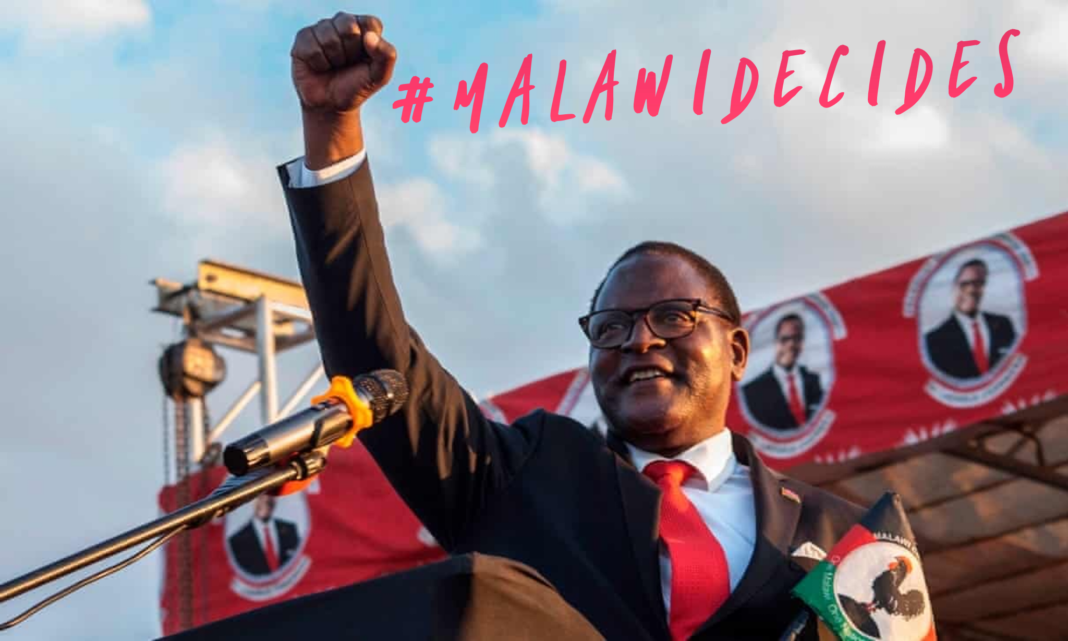 The announcement late on Saturday came four days after Malawians returned to the polls almost five months after the constitutional court annulled the results of a May 2019 vote over irregularities.

Chakwera, 65, secured the required majority, with 58.57 percent of Tuesday’s vote, the electoral commission said, beating the incumbent Peter Mutharika. Chakwera won election to a five-year term as president of the nation of 18 million people.

“My victory is a win for democracy and justice. My heart is bubbling with joy,” Chakwera said after his win, which sparked wild late night celebrations on the streets of the capital Lilongwe, his stronghold.

In power since 2014, Mutharika was previously declared the winner of last year’s vote with 38.57 percent, ahead of Chakwera who got 35.41 percent and former Vice President Saulos Chillima, with 20.24 per

Mutharika, 79, earlier on Saturday said there had been voting irregularities including violence and intimidation against his party’s election monitors, but the complaint was dismissed by the electoral commission. The opposition has denied the allegations.

There were no independent reports of irregularities, and no international observer missions this time because of COVID-19. Local observers have said the poll was free and fair.