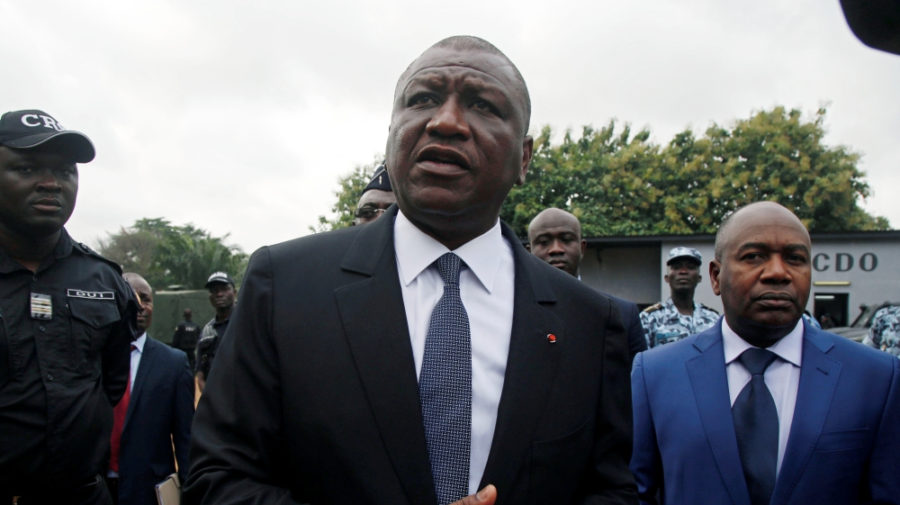 Patrick Achi has been named the new Prime Minister for Ivory Coast.

Achi becomes the third person to serve in that capacity within a span of one year.

His appointment was occasioned by the illness and eventual death of his predecessor, Hamed Bakayoko.

Bakoyoko died after losing the battle to cancer on Mar. 10, 2021, in Germany.

Before him, the post was held by the late Amadou Gon Coulibaly, who died in July 2020 due to heart complications.

â€œThe president has asked him to propose a new government in the next few days,â€ Fidel Sarassoro said.

The 65-year-old has served as secretary-general in the presidency since 2017.

He emerged into high level politics in 2018, aligning himself with the Rally of Houphouetists for Democracy and Peace, during its split with former coalition partners, Democratic Party of Ivory Coast.

He also holds the parliamentary seat for Adzope, his native hometown.

Other notable positions that he held in the past include: Minister of Economic Infrastructure, as well as government spokesman. He was once the chair of Ivory Coast’s national electricity company.

In the spirit of progressiveness, Achi, while formulating the new government, will have to take into account â€œgenerational renewal,â€ as directed by Ouattara.

As coronavirus bites harder around the world, Achi is expected to work with Ouattara to revive the countryâ€™s economy