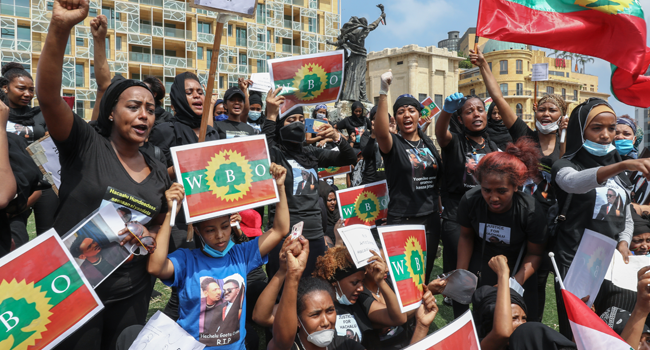 Ethiopia partially restored internet connectivity two weeks after taking the entire country offline in response to protests and ethnic violence prompted by the murder of a pop singer.

Wifi connections returned in the early evening, though mobile data connections were not available and certain social media programmes like Facebook and Instagram were not accessible without use of a virtual private network (VPN).

A live tracker produced by NetBlocks, a civil society group that promotes digital rights, showed connectivity approaching half the level recorded before the internet was switched off on June 30.

Ethio Telecom, Ethiopia’s monopoly telecoms provider, did not immediately respond to a request for comment.

Hachalu Hundessa, the slain singer, was a hero to many members of Ethiopia’s largest ethnic group, the Oromo, especially during years of anti-government protests that swept Prime Minister Abiy Ahmed to power in 2018.

His shooting death in Addis Ababa on June 29 — which remains unsolved — sparked days of protests and ethnic violence in the capital and the Oromia region which surrounds it.

Police officials have provided death tolls ranging from 179 to 239 in recent days, with most fatalities occurring in Oromia.

Calm has returned to most of the country despite widespread rumours that protests would pick up again last weekend.

Ethio Telecom, which is state-owned, has a history of shutdowns during periods of unrest and during more innocuous events like national exams, though the latest nationwide shutdown was the first in about a year.

Abiy’s government is preparing to issue two new telecoms licenses that would break up Ethio Telecom’s monopoly, and officials want to eventually sell a 40-percent stake in Ethio Telecom, a move they hope will make the firm more efficient.