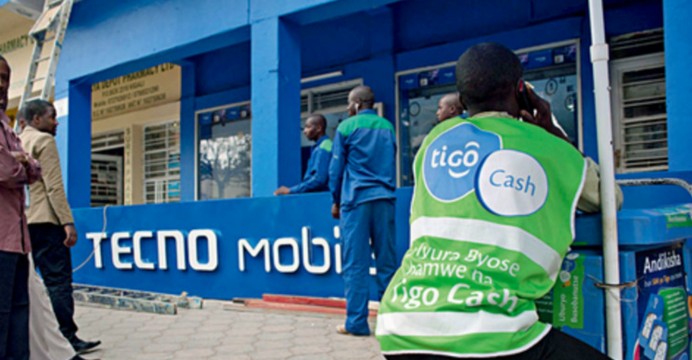 As iPhone sales continue to dip and Apple is paying more attention to its services, the Chinese phone manufacturer leading the market in Africa, Transsion Holdings, seems to be toeing the same line and developing a service portfolio for itself. Transsion’s Infinix and Tecno phone brands are already popular in Nigeria and Kenya thanks to competitive pricing that makes the phones more affordable than their biggest competitors. Actively pursuing new services to offer users could further raise interest and profits.

In January, Transsion’s Mobile Internet Centre launched a new service in Nigeria. Scooper is essentially a media platform, offering content on football, literature, politics, technology and a range of other categories.

Apart from Scooper, Transsion’s foray into services with products like Boomplay, a music streaming service similar to Apple Music, Palmcredit, Palmsave, and Palmpay (an Apple pay lookalike) has been mostly through Transsnet, a joint venture with the NetEase Group, a Chinese internet technology company that provides online services.

Boomplay has 29 million users, more than 10 million user downloads on the Google Play store and released its iOS version on the App Store in December 2018. It has also opened offices in three other African countries after its 2015 launch in Nigeria, and signed a licensing deal with Universal Music Group, one of the world’s largest music companies. Users can either stream music on the app for free with ads or subscribe to the premium version that is ad-free. Boomplay is preinstalled on Transsion phones, which could account for its success in user numbers.

Africa’s fintech space is thriving, so it makes sense that Transsion wants in on that sector too. Its Palmpay service allows users to make payments, and send and request money. Palmcredit is one of the many short-term loan services available in Nigeria through a mobile app. Transsion also has Palmsave, a savings app that allows users to automate daily and monthly savings.

While Transsion is leveraging success in a familiar market to venture into services and improve revenue, another motivation to diversify may be to cushion the effects of the decline in mobile phone sales. Global smartphone shipments were down by 6.0% in Q3 2018, and mobile phone shipments in Africa by 2.1%.

Transsion’s services are not just restricted to people who use their phones (itel, Tecno or Infinix), thus accommodating a broader range of users.

This is a strategy that even Apple is embracing, gradually opening up their services to users outside of the iOS. Samsung has announced that they will ship some of their TVs in 2019 with Apple’s iTunes Movies and TV Shows app. Even as Apple’s or Transsion’s phone sales slow down, their services may still thrive.

The success of the Chinese company’s services will keep it relevant in Africa’s tech space, whether or not it loses its leadership of the African phone market. According to Elvis Subor, Marketing Communications Specialist at Transsion, content consumption is the major reason people use their mobile phones and Transsion is looking to plug into this to “optimise the entire mobile internet experience.”